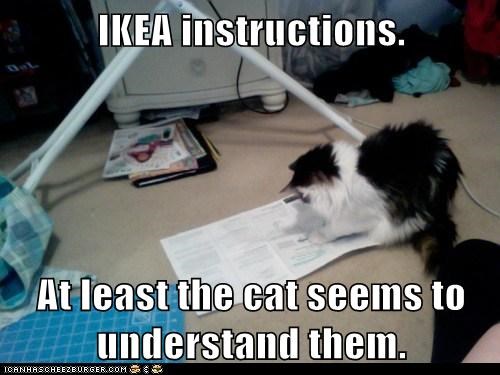 The Ikea Effect is a cognitive basis where labor enhances affection for results. The name for this psychological phenomenon is coined after the Swedish furniture company Ikea, whose products required some assembly. It’s also the phenomenon that makes plastic glue-together models so successful (even though the end result may not look so great and definitely not worth the time spent). It is seen as the situation where the “assembler” over-values a project that they completed, even though it’s not worth as much or as good as they believe.

In the context of environmental, health and safety (EHS) programs, unfortunately I see the Ikea Effect all too frequently. For example:

Throughout the world, companies and managers fall in love with their own ideas – and reject better ideas from the outside because they were not designed in-house. With the budget planning process for 2014 on the horizon, make sure that you plan smart, that it’s in line with your company’s overall strategy, and that you place the appropriate value on line items. And, when you go to determine the cost of a headcount make sure it’s the fully-loaded value (i.e. salary + benefits). Yes, we all like to learn, to be creative and innovative, but at some point as an EHS manager, you have to figure out the best way to achieve your company’s goals and get the job done with a limited amount of resources. Don’t suffer from the Ikea Effect and plan accordingly.

For a further explanation of the Ikea Effect, go to this Ted video. The Ikea Effect starts at 12:48 on the time.